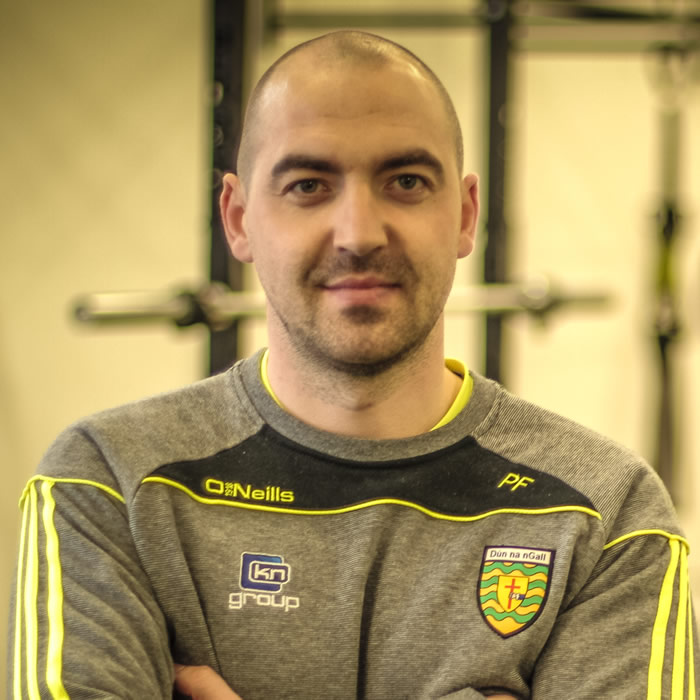 Paul has been studying and applying his education since 2007 after completing his first qualification in Sport and Exercise Science from the NWRC, Limavady. From here Paul moved on to study Sport Science at undergraduate level through the University of Ulster. As part of his research project in his final year he took a keen interest in the more applied sport science methods and in particular the discipline of strength and conditioning.

Upon completion in 2010, he began an extended period of work experience with Donegal GAA. Initially he helped supervise regional gym sessions and was credited by Jim McGuinness having played a part in supporting his team that went on to win two Ulster titles and an All-Ireland Title. Paul was also involved in successful minor teams of 2014 & 2016. His current role is head of strength and conditioning to the senior football squad and is now in his third successive season in this exciting role. As well as actively coaching at a high level Paul has always continued his education and has gathered a number of further qualifications to add to his coaching methods and philosophy whilst also attending various career development events in his field. In recent times Paul has also enjoyed success after supplying his services to a number of local sports teams, Milford GAA who have win a junior championship and Division two title and Glenswilly GAA senior footballers who went on to win a senior championship title while narrowly being defeated in the provincial final in the same season. He looks forward to continue offering his expertise to all teams and athletes in the locality.

Additionally, Paul has designed and implemented specialised fitness classes namely his ‘Strength Camp’ where he applies his coaching methods and philosophies to participants from the general public and to the staff of local businesses and has seen some impressive results via his science backed approach.