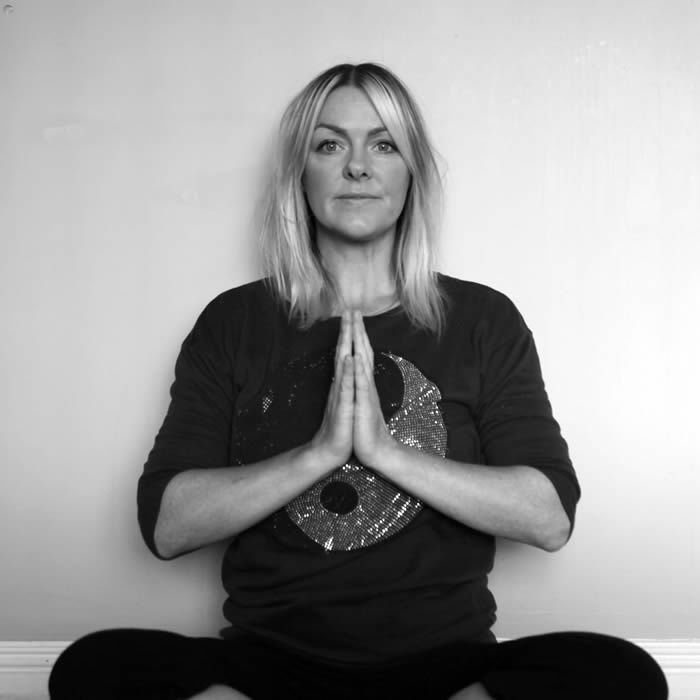 View Yoga Timetable
Jacqueline began practicing Hatha Yoga more than fifteen years ago while living in Berlin but really only took it up in earnest when she returned to Ireland in 2004 due to an ongoing back injury she’d suffered while working as a dancer in Germany. She began a regular Ashtanga practice and what started out as a way to alleviate pain turned into a lifelong passion for moving her body freely, easily and pain-free. The overwhelming mental and emotional wellbeing she experienced as a result of her ongoing practice was an added bonus!

With a BA in Applied Languages and an MA in Peace and Conflict Studies, Jacqueline worked for many years as a teacher of Modern Languages and Irish dancing before realising that Yoga was the only thing for her. She completed her Level 1 Yoga training in 2011, followed by Level 2 and Yoga for Pregnancy training in 2012 with the Yoga Therapy and Training Centre (YTTC), an internationally recognised school of Yoga, founded in 1995 and has more than 500 hours of training under her belt due to continuous, ongoing self-study and attendance of workshops by renowned international teachers.

For the past 7 years, Jacqueline has worked with a wide cross-section of communities in Donegal from children to teenagers to adults and has taught people with a vast range of physical abilities from the super fit (Fanad Gaels) to those who are recovering from diverse injuries and illnesses. Jacqueline is extremely passionate about the benefits of Yoga for everybody and believes anyone who undertakes the practice on a regular basis will feel a positive transformation. Anyone can try it and there is a style of Yoga that suits everyone.

She has a range of classes from gentle/beginner to a stronger, more advanced Hatha class and Ashtanga yoga. She teaches Yoga for Pregnancy, men-only Yoga as well as a wide variety of styles of Yoga and maintains a regular self-practice. She also runs an empowering class for girls 8-11 years and for teenage girls 12-16 years called MIGHTY GIRLS, MINDFUL MATTERS and enjoys seeing these young girls develop strength, physically, mentally and emotionally.

Yoga is not only a physical practice but a mindful one that when practiced regularly can have positive benefits on body, mind and spirit and Jacqueline tries to incorporate mindfulness, breathing exercises and deep relaxation into her classes in the hope that people can take the benefits they feel physically, mentally and emotionally with them off the mat and into their day-to-day lives.