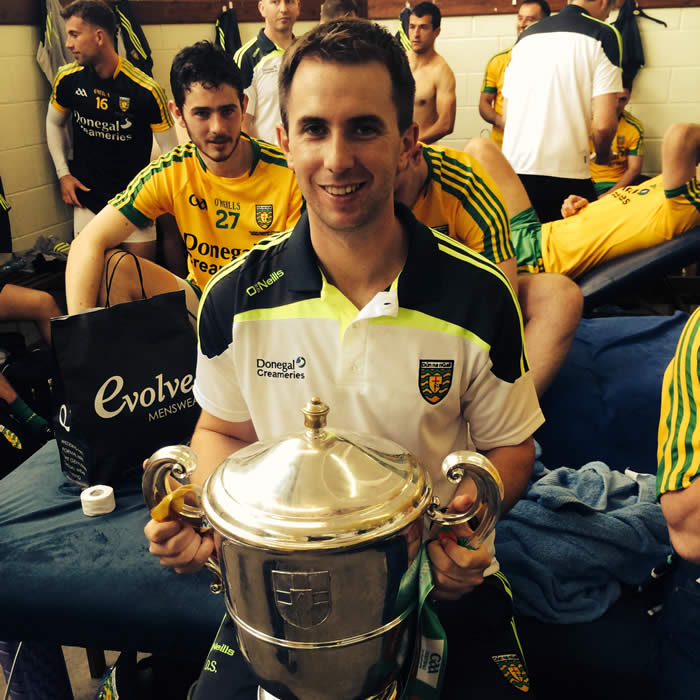 Qualifications and Education
Dermot graduated as an undergraduate from University College Dublin with a honours degree in Physiotherapy. By 2014, he completed an honours level Masters degree in Sports Physiotherapy. His research topic was titled ‘Hamstring Injury Risk in Elite Gaelic Football Players’ which was presented at a FC Barcelona conference at the Camp Nou in October 2014. In the same year, Dermot also became a Certified Strength and Conditioning Specialist (CSCS) through the National Strength and Conditioning Association, which he maintains to this day. In October 2017, Dermot presented to the Optimal Loading in Sport Conference in Belfast with a research study he completed with the Donegal Senior Football team entitled ‘Workload and Gaelic Football Injury Risk – have we been fooled by spurious correlations or is Gaelic Football really different Gravy?’ Dermot is currently undertaking research on groin injury in elite level football players at the Aspetar Orthopaedic & Sports Medicine Hospital in Doha, Qatar.
Experience
Dermot has a number of years experience working in private practice and with elite level athletes and sports teams. Dermot worked at Inishowen Physiotherapy & Sports Injury Clinic in Carndonagh followed by Donegal Physiotherapy & Sports Injury Clinic in Letterkenny with the latter becoming Donegal Physiotherapy & Performance Centre. During this time, Dermot was also the head physiotherapist for the Donegal Senior Football team from 2012 until 2015 season. This period corresponded with the most successful era in Donegal GAA history competing in 4 Ulster Finals and 2 All Ireland final and lifting the Sam Maguire in 2012. Since 2015 Dermot has been working at Aspetar Hospital in Doha, Qatar where he treats international level athletes of many sporting codes including football, athletics, volleyball and handball. Working with internationally renowned physiotherapists, doctors, surgeons and other health care professionals has helped Dermot to continuing his professional development. Since 2018, Dermot has also been working with the Qatar National Football Team. He was a part of the medical team for the victorious 2019 Asian Cup team as well as Copa America 2019 in Brazil.
Dermot special interests are in hip/groin, hamstring and calf and ankle injuries. He has completed courses in;

Interests
Outside of physiotherapy, Dermot has a keen interest in sports. He has represented Donegal Gaelic Football team at underage level, won national titles with Inishowen in inter-league soccer competitions and has won many regional competitions and represented his university in tennis.